The One Direction man was seen going topless in a pair of skin-coloured shorts and waving a foam finger.

One Direction singer Harry Styles was seen dressing up as Miley Cyrus for Halloween.

A picture of the boyband star was uploaded to Instagram showing him sporting similar attire to that of the US singer's famous MTV VMAs 2013 performance.

Harry wears a pair of orange skin-coloured tight shorts and is seen waving a foam finger in the shot.

The One Direction man also sticks out his tongue in trademark Miley fashion.

Check out the picture of Harry dressed up as Miley Cyrus below: (Picture: Instagram) 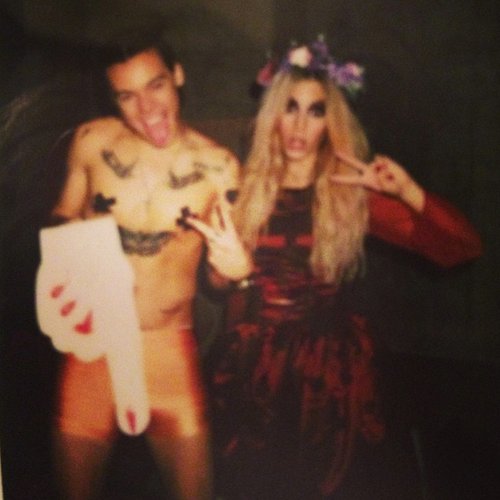 Miley did her own pop star impression for Halloween this year as she dressed up in Lil Kim's VMAs 1999 purple dress.

Meanwhile, One Direction concluded their huge 'Take Me Home' world tour this weekend.

They will be back on the road in 2014 with their 'Where We Are' stadium tour.