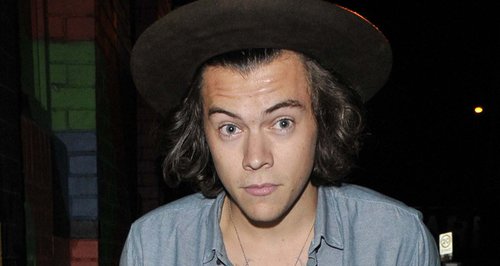 The 'You & I' singer wore a No. 96 jersey to show his support to the gay footballer professional.

Harry Styles may have just proved he's the loveliest pop star out there with show of support for NFL footballer Michael Sam.

The One Direction superstar opted to make a big statement during the band's latest tour show out in St. Louis by wearing the openly gay footballer's jersey in a show of support.

Harry performed on stage at the city's Edward Jones Dome in the state of Missouri, and wore Michael's number 96 jersey during the show to support the footballer, who came out as gay back in February.

The move made him the first openly gay player to be drafted by an NFL team when he joined the St. Louis Rams in May this year, although over the weekend the team dropped Sam from their line-up.

After hearing of Harry's show of support, Michael Sam later tweeted to say thanks to the boy band star for the move:

@Harry_Styles thank you for your support!!! #RamNation

> It’s Official, One Direction Can Make You Live Longer: 13 Reasons Why In GIF Form...