The 'Little Things' singer was spotted out with Rod Stewart and family in Los Angeles last week.

One Direction singer Harry Styles is reportedly not dating Kimberly Stewart, according to new reports.

The 'What Makes You Beautiful' singer was spotted having dinner with legendary musician Rod Stewart and his family in Hollywood last week – with claims that the boyband star was dating his daughter.

It has now been reported that the boyband star was seeking advice on his "broken heart" following his split from Taylor Swift earlier this year.

"They were having a real heart-to-heart and didn't seem to mind who in the restaurant their conversation," a source told the publication.

It was also revealed that the singer was told by Rod to play the country star at her own game with his new music.

Check out a picture of Harry with Rod in Hollywood below: (Picture: Splash) 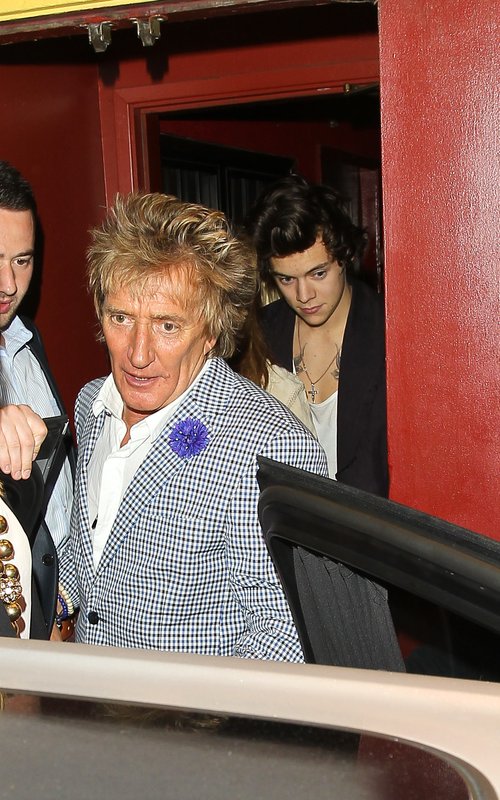 "Rod told Harry he should use his love life for music, to write about his woes," the insider added.

Meanwhile, Harry reunited with his One Direction bandmates this week as their 'Take Me Home' tour went back on the road in Paris.

The singer was also seen getting heavily mobbed outside his hotel on his way to the show as fans went to grab a pic with their favourite star.