One Direction's Harry Styles Refuses To Appear On Reality Show With Kendall Jenner? 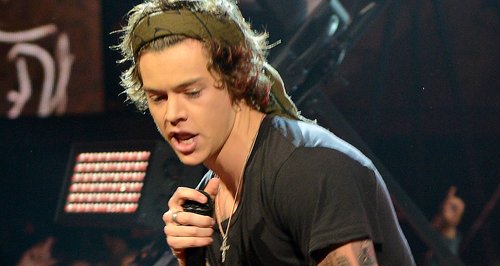 The 'One Thing' singer is said to have declined to appear on the Kardashian family's reality show.

One Direction's Harry Styles has allegedly refused to appear on Keeping Up With The Kardashians after seemingly starting to date series star Kendall Jenner.

The 'Best Song Ever' star has been enjoying a skiing holiday away with Kendall and friends this week in Mammoth Lakes, California, and the pair have also been seen on several other dates over the past two months.

However, Harry is said to have put his foot down in regard to appearing on popular E! reality show Keeping Up With The Kardashians despite producers being keen to film the budding couple.

"Harry has told Kendall that he will not appear on Keeping Up With The Kardashians under any circumstances," a source revealed to the New York Daily News this week. "Harry does not want his love life played out across the world on TV.

"Naturally the producers want Harry on camera," the source added.

One Direction kick off a new stadium tour of the UK later this year.