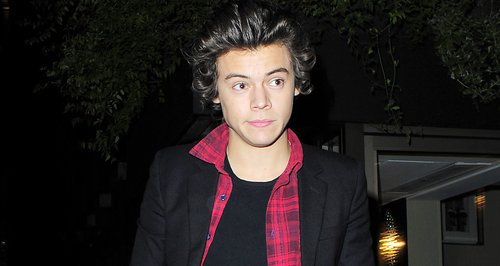 The 'Best Song Ever' star was pictured heading to the hotel Kendall is said to have been staying at in London.

One Direction star Harry Styles has sparked fresh rumours he is dating Keeping Up With The Kardashians star Kendall Jenner after being spotted heading to her hotel in London.

The 'Story Of My Life' star was pictured heading to The Athenaeum in London's Mayfair in the early hours of Sunday morning (15th December), the hotel Kendall is believed to have been staying at during her visit to the UK this week.

Harry had jetted in fresh from an appearance at the NRJ Music Awards 2013 earlier in the day, while the band also performed on The X Factor UK live final over the weekend.

Earlier this month Harry was pictured out in New York City with Kendall, while back in November the pair are believed to have had dinner together in Los Angeles.

Why Emma Watson Is Quitting Acting After 21 Years