The 'Live While We're Young' singer was seen out with the comedian in the Big Apple this week.

One Direction singer Harry Styles was pictured out with good friend and TV comedian James Corden yesterday (27th June) as they hit the shops in New York.

The BRIT Awards host was carrying his son Max as wife Julia followed behind the boyband star.

The four were dressed for summer with James decked out in a pair of shorts and Harry with his jeans rolled up showing off his neon trainers.

Check out a picture of Harry Styles out with James and his family below: (Picture: Splash) 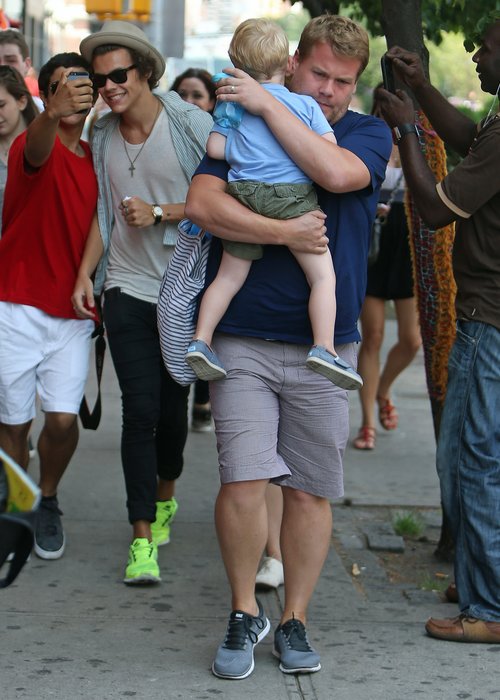 One Direction are currently on the road in the US with their 'Take Me Home' world tour and recently announced details of their brand new single 'Best Song Ever'.

The boys will also hit the big screen this summer for their 3D concert movie This Is Us.