"We're Not Cool Enough!" 1D Aren't Getting Their Hopes Up For A Glastonbury Line-Up Slot

The 'Night Changes' boys talk about their chances of playing the iconic British festival.

Don’t hold out for One Direction to be headed to the Pyramid Stage anytime soon, the boys have declared that they’re not cool enough to play Glastonbury Festival!

13 Of The Best Moments From One Direction's Live Shows

Band members Niall Horan and Louis Tomlinson were spotted loving life at Worthy Farm at the weekend when they stopped by for a day to enjoy some of the HUGE artists playing across the festival.

But Niall says sadly it’s unlikely 1D will ever be invited to join in the festivities, news likely to leave a lot of Directioners unhappy! 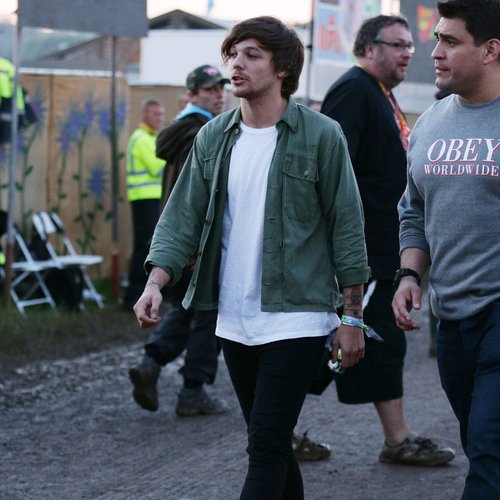 “We’re not cool enough to play at Glastonbury,” Niall sadly told The Mirror this week at Wimbledon. “It’s so cool, we had loads of fun.

“We were there for a day but we had to leave at 1am because we had a gig,” he explained. ‘But we’re going back next year for sure.

But it’s not ALL doom and gloom now… the boys are preparing to head off to North America later this month to continue their ‘On The Road Again’ world tour. Bring it on, boys!

WATCH: What Happens If One Direction Sing Backwards?

WATCH: 1D Sing 'What Makes You Beautiful At The #CapitalSTB