As the 1D lads face their final #OTRA show, check out some of the funniest, hilarious and most amazing outtakes from the band's live shows.

It seems that wherever One Direction go, they're constantly bringing the LOLZ (sorry) with them too! Whether it's backstage pranks or on-stage accidents the boys would probably rather forget, check out the funniest, cutest and most embarrassing outtakes to date.

1. Let's start with the reason #OhNoHarry became a worldwide trend in MINUTES

And unfortunately for poor Harry, there were SEVERAL different angles of him stacking it :(

Not to mention the endless memes

2. The moment Harry covered up his modesty after spotting himself on the big screens.

HARRY COVERED HIS BULGE WHEN HE SAW HIMSELF ON THE BIG SCREEN pic.twitter.com/0MmZjA29bV

3. #LarryIsComingBack - this video of Harry and Louis sent us all in to meltdown when the pair shared this sweet, sweet moment on stage during 'Little Things'. STOP NOW, seriously guys. <3

THIS IS SO BEAUTIFUL I DONT THINK I CAN GET OVER THIS EVEN IF THEY CAME OUT IM #LARRYISCOMINGBACK pic.twitter.com/R2RmBkkf3y

4. Harry dancing with a blow-up doll during 'You And I' was just far too much.

5. The time when Harry was stood in the wrong place at the Summertime Ball 2015 and so the other lads tried rescuing it.

> Check One Direction performing 'Night Changes' live at the Summertime Ball with Vodafone 2015! 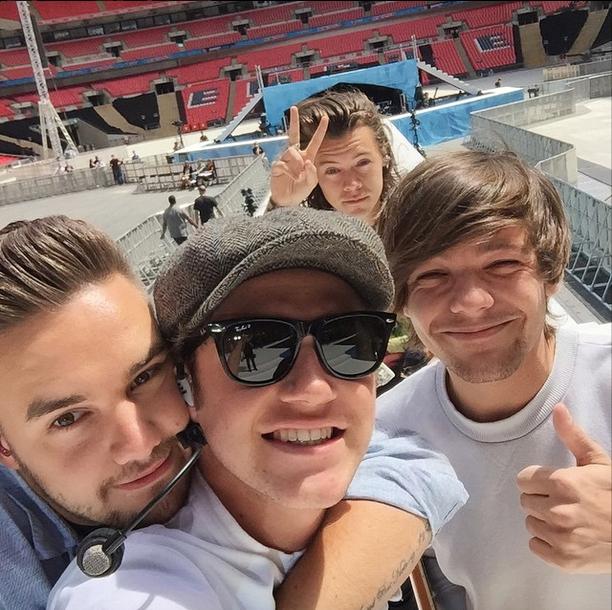 6. The look on Harry's face when he accidentally caught a bra thrown on stage by a fan is PRICELESS!

7. This moment when Louis was feeling mischievous and squirted a security guard with a water gun.

8. Plus there's the time when Niall (and various other people) were hit in the face with a BANANA by 5SOS.

9. There have been plenty of times when Harry has got a bit over-excited on stage...

10. And then there was the time when he slipped up and landed in a puddle (sorry Harry!).

11. The moment when Louis was asked to describes Harry's 'flavour' was brilliant.

11. Poor Niall! After his penguin joke backfires, Louis and Liam don't hold back...

13. Of course, no One Direction tour would be complete without a few selfies thrown in - and this one from their concert in Santiago is one of their best yet.

14. Liam got stuck in his t-shirt and Niall just looked SO confused.

LIAM GOT STUCK IN HIS TSHIRT SO HE HAD TO SING BACKSTAGE IM LAYGNIBG WHY IS HE LIKE THIS pic.twitter.com/RzovJOxLGW