One Direction Auctioning Their Clothes And Personal Items For Charity

The 'Little Things' stars will be offering fans the chance to take home some of the band's personal items.

One Direction are auctioning off clothes worn by the band to raise money for charity.

Among the items up for grabs is a pair of Niall Horan's trousers, Zayn Malik's T-shirt and some of Harry Styles' Converse trainers.

Bids are currently in the region of £600+ on Ebay, with Harry's shoes the most sought after gift – with over four days left remaining to bid.

Funds raised from the auction will go to Red Nose Day, fresh from One Direction recording the charity's official single for this year.

The clothes were among those worn by the band during their recent trip to visit Africa.

Their cover of 'One Way Or Another' by Blondie has already hit the number one spot on the Vodafone Big Top 40 and the band performed the track at the BRIT Awards 2013. 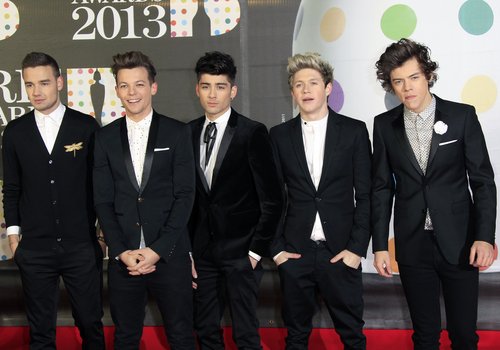 Meanwhile, the band are currently on their 'Take Me Home' world tour - which kicked off at London's O2 Arena this past weekend.

Last night's (26th February) performance in Glasgow saw Harry Styles hit in the groin by a shoe thrown on stage by a fan.