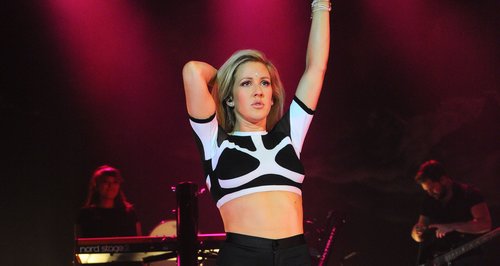 Naughty Boy, Calvin Harris and John Newman also make the shortlist for the latest prize at next week's ceremony.

Ellie Goulding has picked up a further two nominations at this year's BRIT Awards after the shortlist was announced for the British Video prize.

The names were announced via a special YouTube playlist from the BRITs – which sees her track 'Burn' as well as the Calvin Harris collaboration 'I Need Your Love' nominated.

One Direction's 'Best Song Ever', Naughty Boy's 'La La La' and John Newman's smash hit 'Love Me Again' make up the five videos on the shortlist.

The BRITs will also be offering something a little different at this year's show after it was revealed fans can vote for the winner via Twitter during the show.

The live vote will open when the event kicks off on 19th February and it's the first time the British Video has featured at the show since 2002.

The last winner of the prize was So Solid Crew with '21 Seconds'.

[[ This video has been removed ]]
Ellie Goulding - Burn on MUZU.TV.