The 'Little Things' stars took to the stage for an energetic rendition of their latest single.

One Direction performed their new single 'One Way Or Another' for the first time ever at the BRIT Awards 2013 tonight.

Taking to the stage with a comic book themed video screen behind them, the band launched into their charity single to huge screams from the audience inside the O2 Arena in London.

Harry opened the track with a sultry stare into the crowd with Zayn taking over vocal duties as the band got going.

They moved around the stage and ran down the platform in the centre of the stage.

Check out a picture of One Direction emerging onto the BRITs 2013 stage for their performance below (Credit: PA):

"BRIT Awards 2013 make some noise," shouted Liam during the performance as the band got the crowd on their feet.

The performance came following previous on stage appearances from the likes of Justin Timberlake, Robbie Williams and Muse. 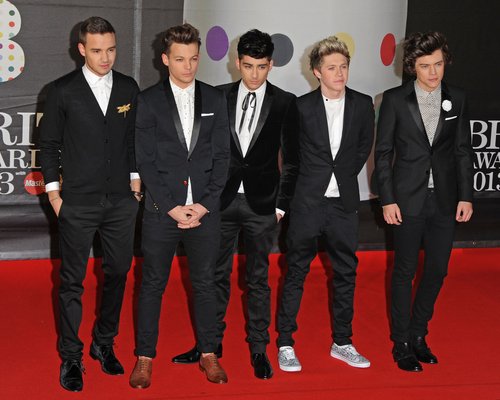 You can check out a full list of the winners at the BRIT Awards 2013 right here.