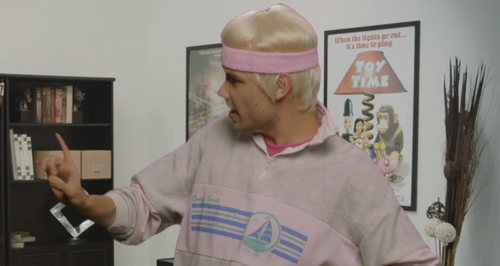 One Direction have released their second teaser for the music video to new single 'Best Song Ever'.

Earlier today (17th July), the group also released an image of Liam sporting a tracksuit top and blonde wig as they first introduced the new character to the video.

It follows on from yesterday, which saw Niall Horan going under an extensive make-under to play the role of an old studio executive.

Watch the new teaser for One Direction's latest video below:

One Direction release new single 'Best Song Ever' on 22nd July with the video dropping on the following day.

The group are also currently on the road with their 'Take Me Home' world tour and will head to the big screen next month for their 3D concert movie.