The 'Little Things' stars beat the likes of Coldplay and Rolling Stones to claim the prize.

One Direction have revealed that they are "over the moon" to have been named the Best Live Act at this year's Silver Clef Awards.

The 'What Makes You Beautiful' singers beat off competition from the likes of Rolling Stones and Coldplay to take home the top prize.

"We are over the moon. Congratulations to Nordoff Robbins on another amazing Silver Clef Awards," said bandmate Harry Styles. "What an incredible charity, helping people with music therapy."

The band are currently on the road with their 'Take Me Home' world tour in the US and will head out on their first stadium outing in 2014. 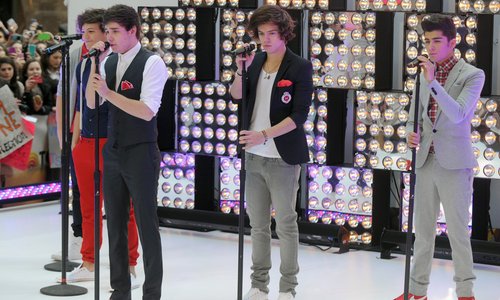 Meanwhile, One Direction are preparing to unveil their new single 'Best Song Ever' next month.

The track was announced upon the unveiling of a new trailer for the group's upcoming This Is Us movie.