One Direction Announce Plans To Release Autobiography In 2014 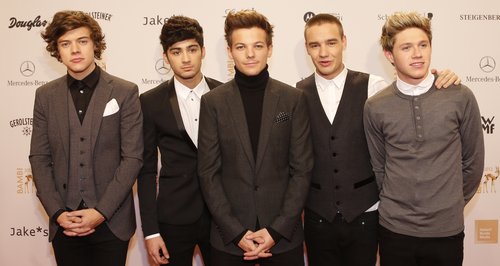 The 'Little Things' stars also sign a new deal with Harper Collins to publish a 2015 annual.

One Direction fans can rejoice at the news they will be releasing two new books in 2014.

The 'What Makes You Beautiful' stars will release their first official autobiography this September, it has been announced.

According to the publishing company: "Fans will discover how the boys have really felt over the last few years and their hopes and ambitions for the future.

"The One Direction official autobiography will offer an incredible insight and intimacy to the band as never before and will bring fans even closer to Harry, Niall, Liam, Louis and Zayn."

Publishing director Natalie Jerome added: "The boys are an absolute pleasure to work with and always strive to deliver more to their fans. It's a hugely exciting departure from the books we've published with them so far and there's a lot we're going to be doing that will make this an extra special experience for their loyal and devoted fans."

The band will also be releasing Their Official Annual 2015 in August – containing photos, interviews and behind-the-scenes stories.

Last year they released their 'Where We Are' book and will head out on a new world tour of the same name this summer.