Did Louis & Liam’s Exes Just Throw Shade At The One Direction Boys… By Dancing To ZAYN?!

What with Louis Tomlinson’s baby and Liam Payne’s relationship with Cheryl, it’s not been an easy year for Eleanor Calder or Sophia Smith…

Woah there – is that a little bit of SHADE we smell? Louis Tomlinson and Liam Payne’s exes have been hanging out together… and it’s all a bit convenient that they’re also listening to the boys ex-bandmate ZAYN, isn’t it?

We totally don’t blame them for letting off a bit of steam after the year both girls have had – after splitting with Eleanor Calder, Louis announced he was expecting a baby with Briana Jungwirth, and since splitting from Sophia Smith, Liam has announced his new relationship with Cheryl.

Eleanor and Sophia were together and we're listening to PillowTalk pic.twitter.com/axzzUWZZmv

Eleanor and Sophia posted a video on Snapchat of the pair of them dancing together… and there’s none other than ex-One Direction star ZAYN’s song ‘PILLOWTALK’ playing in the background.

Louis took Perrie on his side and now Zayn got Eleanor and Sophia on his side pic.twitter.com/Fd2mgsOzZv

As well as this – frankly a little too much of a coincidence – occurrence, Sophia posted a photo of herself in a pose that’s VERY similar to Cheryl’s recent sexy Instagram snap… 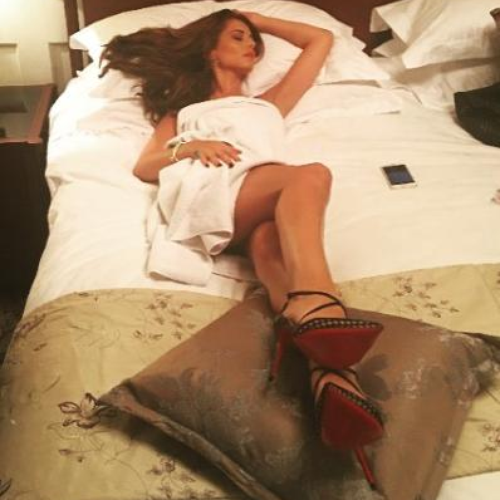 EXCLUSIVE: Louis Tomlinson Has Revealed That He Wants His Son Freddie's First Word To Be 'Dad'!