Liam Payne’s Surprised Us All With A New Tattoo That Looks Just Like Cheryl On His Forearm!

Just when you thought Liam couldn't get anymore loved up, he goes and does this...

The 1D star has been showing off what appears to be a new tattoo dedicated to Chezza.

Payno's now sporting a glistening eye inked onto his forearm and it's not taken fans long to notice the similarity of the eye.

One fan on Twitter, @CherylDaily wrote, "Liam has had Cheryl's eye tattooed on his sleeve! This is the cutest thing!"

First he brought the sparkle back to her eyes, then he got it tattooed pic.twitter.com/vy5WZH3UQv

"First he brought the sparkle back to her eyes, then he got it tattooed." God it's the stuff of fairytales isn't it? 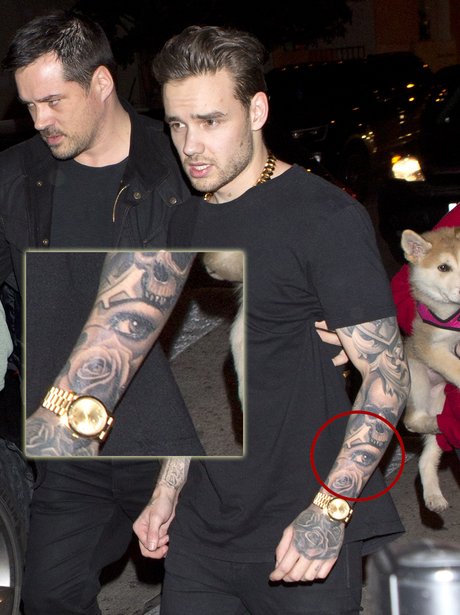 Whilst most fans have been gushing over how cute Liam's new ink is...

Didn't think it was possible to be obsessed so much over the happiness of Cheryl and Liam till he then got her eye tattooed on his arm!!!

Some haven't held back in pointing out the similarities to Zayn's tattoo for Perrie.

liam got a tattoo of cheryl's eye... didn't he learn from zayn and his perrie tattoo pic.twitter.com/U9jElpvQ2b