Has Harry Styles Got A New Girlfriend? He's Rumoured To Be Dating VS Model Sara Sampaio

Has One Direction’s resident heart throb got a new girlfriend? Harry Styles is spotted cuddling up to a Victoria’s Secret model…

Well, Mr Styles, what’s all this then? The One Direction star is rumoured to have a new lady on the scene – in the form of a Victoria’s Secret Angel no less!

One Direction's fan fiction 'After' is going to be made into a movie - yes, you read that right

Harry Styles has been snapped cuddling up to Sara Sampaio – who was even seen leaving his hotel in New York in the same clothes she was wearing the night before. Bit suspicious…

Harry and Sara were seen partying together in Manhattan at the end of last week, where they were seen hugging goodbye outside Harry’s hotel at around 10pm, but according to reports from The Sun, Sara returned to the hotel a little later. 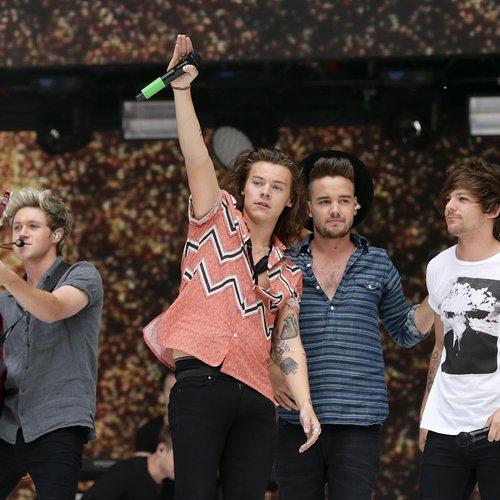 She was then photographed leaving the hotel the next morning around 11am wearing the same clothes she had had on the night before. A source told The Sun, “There was definitely chemistry there as they hugged and kissed each other when she left but everyone thinks something was up as she came back and they left so soon after each other the next morning.

“Sara left at 11am dressed exactly the same. Then Harry walked out at 11.15am and it looked like he'd been partying pretty hard.” Maybe they’d just been playing Scrabble and lost track of the time?

It’s not the first time Hazza has been linked to a Victoria’s Secret angel however, he was previously rumoured to be seeing Nadine Leopold after she attended his 21st birthday party in January. We don’t blame you for having a type, Harry – have you SEEN those VS angels?

Booty shakin'! Watch One Direction wiggle their bums for us