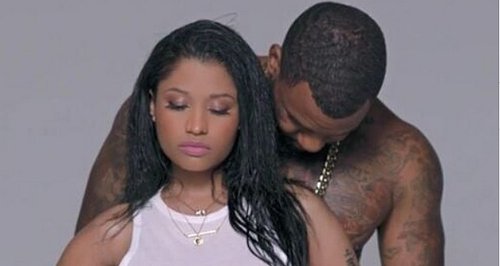 Watch the colourful clip for the rapper's new single.

The colourful clip sees the star sport a more stripped-back look and features a cameo from rapper The Game.

'Pills N Potions' - out now - serves as the lead single from Minaj's forthcoming album 'The Pink Print', which follows later this year.

The singer recently revealed that her new LP is inspired by her "obsession" with Jay Z, adding: "He did such a great job of creating this 'Blueprint' brand for male rappers, I felt. And I studied a lot of his blueprint, just in terms of becoming a mogul.

"I wanted to do that, I wanted to be like Jay Z," she continued. "I felt like with what I'm doing, I want female rappers to be able to pattern themselves with what I've done one day."

Don't forget you can ALSO check out the 'Pills 'N' Potions' music video, and more by Nicki Minaj on Capital TV by watching online or through Sky 388 and Freesat 517.