The 'Pound The Alarm' star admits she will lose her famous curves if she ever hits the gym too hard.

Nicki Minaj has confessed that she never works out anymore because she will lose her figure.

The 'Super Bass' singer was taking part in a special Twitter Q&A during her shoot with Marie Claire magazine when she was asked about her routine.

'I don't work out. I hate it. I don't mean to sound super lazy. I tried it for a time," she explained. "I lost my boobs. When I feel I need to lose weight, I just change what I eat.

"I cut out carbs and sugar. I'll do water and protein and fruit. But I do think that you should work out. My doctor tells me that and I get it. Do cardio."

Check out Nicki's cover with the magazine below: (Picture: Satoshi Saïkusa/Marie Claire) 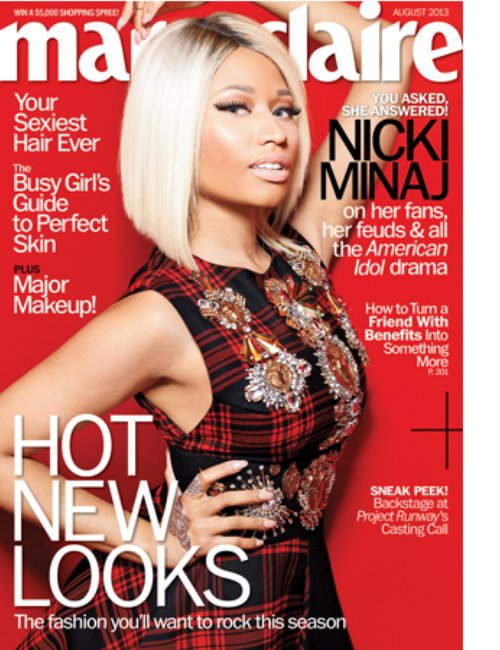 The star also told the publication about her acting dreams and hinted that she could quit music altogether after releasing another three albums.

Check out a shot from Nicki's shoot the magazine below: (Picture: Satoshi Saïkusa/Marie Claire) 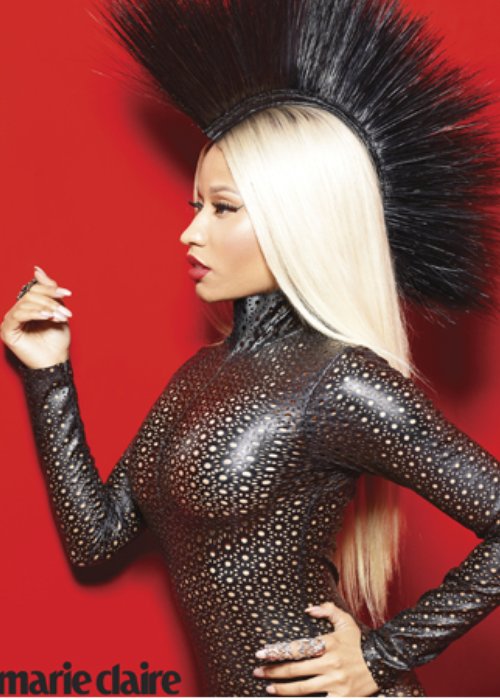 Nicki is set to make her feature film debut in the new movie The Other Woman alongside Cameron Diaz.