Fans don’t know what to think!

We’ve already had Beyoncé and Cheryl’s babies in 2017, but could there be another celebrity baby on the way too? Nicki Minaj managed to get tongues wagging after posting a baby emoji to Twitter with no explanation.

Nicki took to Twitter to post the solitary emoji and has since been tweeting about everything aside from the mystery baby - which has left fans wondering whats going on.

Fans were convinced the cryptic tweet meant there was an impending announcement:

Why is she liking all the pregnant related comments

Nicki talking to the kingdom after we had a breakdown cause a baby gone come before the album pic.twitter.com/K5HQ1YNzHV

Onika are you.... are you pregnant? pic.twitter.com/48EXkz6hAw

You having a baby sis pic.twitter.com/6iMAXjve4F

It's not the first time pregnancy rumours have surrounded Nicki - when Beyoncé announced she was expecting her recently born twins, Nicki posted a photo on her own Instagram account showing her with a massive baby bump and the caption “#ATBIMS y'all so childish - I was gonna wait to share the news but...” 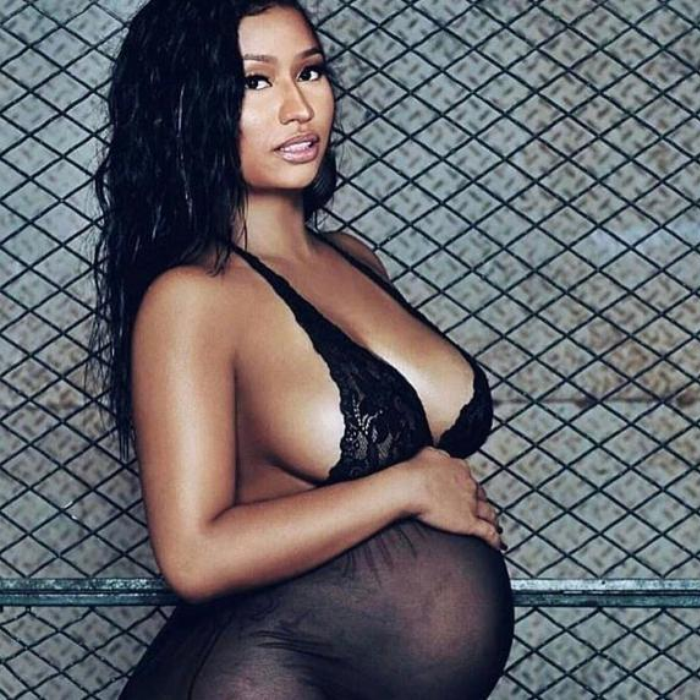 While most fans were quick to assume that it was a Photoshop job and Nicki was just trolling her fans, others weren’t so sure – after all, it is a pretty convincing edit!

Some people were totally fooled:

Nicki Minaj pregnant & nobody is talking about it

It's contagious @NICKIMINAJ is pregnant too!

So Nicki Minaj pulled a Beyoncé and is pregnant too

Beyonce and Nicki Minaj is pregnant at the same time.

Nicki Minaj pregnant too where have I been ?

While others clocked the fakery straight away (well, Nicki was just on holiday a few weeks earlier, posting swimsuit photos with a flat belly):

so i heard somebody say " Nicki Minaj is also pregnant, how easy can people still be fooled??" pic.twitter.com/jXZLmIUWq4

Those "leaked pictures" Nicki Minaj are fake. Seen those pictures before on Tumblr

We're going to have to wait and see what that mystery emoji is all about – but the idea of a mini Nicki Minaj is pretty awesome!