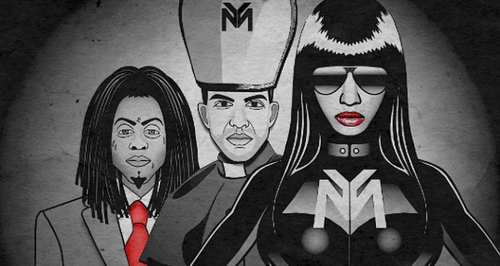 Turns out that Nicki Minaj is even MORE bodacious as a cartoon character in her latest single artwork.

Nicki Minaj has revealed her latest piece of artwork fro new song ‘Only’ featuring Drake, Lil Wayne and Chris Brown, and the track is set to drop tomorrow.

The new single artwork sees Nicki transformed into a comic book character with killer curves, joined by Lil Wayne and Drake, who happens to be randomly dressed as the Pope…