Nicki Minaj's New Album To Be Called 'The Pink Print'? 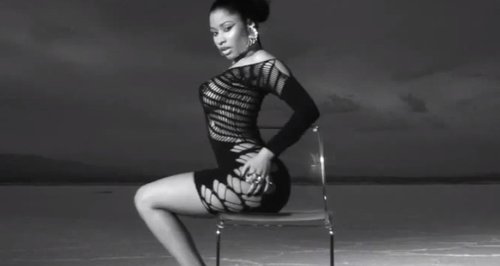 The 'Starships' rapper's rumoured album title for the follow-up to 'Roman Reloaded' has been teased.

The 'Pound The Alarm' rapper's new music video for 'Lookin' Ass N***a" was revealed earlier today, and quotes the song as being taken from an album called 'The Pink Print', although Nicki herself has yet to confirm the news.

Nicki confirmed back in November last year that she will release her next record in 2014, as the follow-up to her 2012 record 'Pink Friday: Roman Reloaded'.

The 'Beez In The Trap' rapper also promised a sound that is "very different" from anything she has released before.

Keep it Capital for full confirmation on Nicki Minaj's new album as soon as it's announced.