Nicki Minaj On Why Meek Mill Is Perfect For Her... And How She's Only Had THREE Boyfriends!

The rap star gives a frank interview about their relationship and how well it works.

Nicki Minaj is in love and she doesn’t care who knows it - the rap star has been getting open and honest about her romance with Meek Mill.

Could There Be A Nicki Minaj & The Weeknd Collab Coming Soon? They’ve Swapped Deets!

Nicki has also revealed she’s only ever had three boyfriends in her life, and says she chose Meek as her man because he’s so comfortable letting her be herself.

People don’t realise I’ve only had three boyfriends in my whole life, I’ve never dated around,” Nicki revealed to GQ for the pair’s first joint photoshoot.

“I definitely think we have a normal relationship off-camera,” Meek revealed. “We’re like any other couple in the hood. We’re growing as a couple and as people and as human beings but we still have our careers.

“And I think probably the only thing that makes it un-normal is that we’re both successful artists and that’s probably not normal.” 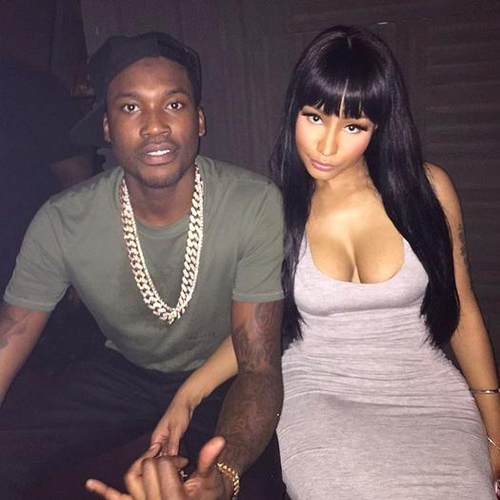 Nicki went on to say the fact that Meek isn’t intimidated by her career success was a BIG factor when it came to making sure he was right for her.

“People tell me all the time it takes a special kind of man to be with a woman who has her own and it takes a special kind of man to not feel insecure by a woman who is doing her own thing,” she explained. “So, one of the things that made me want to be with him is we spent so much time talking and he always made me feel like he was ok with me being me. as an artist and just as a woman.”

Sounds like this pair are solid as a rock! Nicki + Meek 4 eva!