The 'Pills 'N' Potions' rapper has something VERY special in store for her next video.

Looks like Nicki's ready to set pulses racing once again if the teaser for her 'Anaconda' music video is anything to go.

From skimpy outfits to the obligatory twerking, it's all in there in the US rap star's new teaser clip, as fans are chomping at the bit for more from Ms. Minaj.

The 'Pills 'N' Potions' star revealed the teaser over the weekend, which sees her dancing out in the middle of a rainforest and gets seriously, ahem, risqué, shall we say. 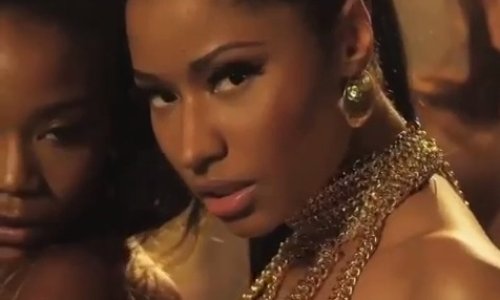 "I really doubt I'll be able to edit this video for TV. LMFAO. It's… it's a lot," Nicki tweeted, suggesting she's just as aware of how naughty the full 'Anaconda' video will be!

I really doubt I'll be able to edit this video for TV. LMFAO. it's..... Its a lot. #AnacondaOnITunes

Nicki dropped the song in the US last week, as the latest single from her upcoming album 'The Pink Print', though she's yet to announce a UK release for the track.

But those desperate for more Nicki don't have too long to wait, as her team-up track 'Bang Bang' with Ariana Grande and Jessie J drops on 21st September.