Nicki Minaj To Leave American Idol After One Season?

The 'Super Bass' star is said to be stepping down from the music reality series alongside Randy Jackson.

Nicki Minaj is apparently set to quit her position as a judge on US reality show American Idol after just one season.

The 'Pound The Alarm' star was brought on board with fellow new judges Keith Urban and Mariah Carey for the current season but could be set to follow Randy Jackson by leaving the show.

"It's safe to say she isn't coming back to Idol," a source told Us magazine. "She's okay with it. She had a great time but was only going to do one season anyway."

It's claimed the singe-rapper will be solely focusing on her new music and other ventures. 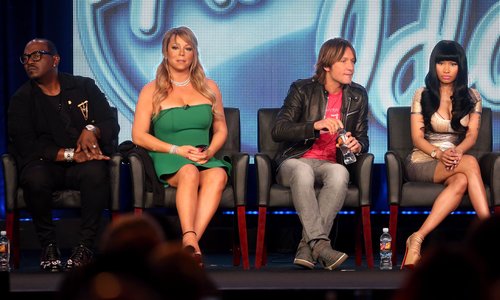 Nicki has been involved in several spats with Mariah Carey during the show and recently hit out at her on Twitter with a "bitter" and "insecure" jibe.