The US singer stops by Capital to chat to Max during his recent visit to the UK.

Nick Jonas has proved he really is a true #Swifty during his latest interview Capital.

The 22-year-old singer stopped by to visit Max On Capital and treated us to his very own rendition of Swift's current Vodafone Big Top 40 hit 'Bad Blood'.

Jonas was in the UK promoting the release of his brand new self-titled album which hit iTunes last Friday and features hit singles 'Jealous' and 'Chains'. 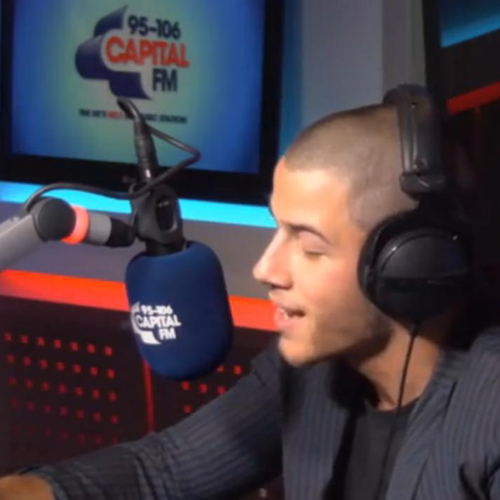 It's not the first time the pairs fanbases have collided in a HUGE bubble of hit music pleasure. Last week Tay Tay invited the pop hunk on stage during her live show in East Rutherford, N.J. The duo dusted off their best vocals and some seriously impressive dance moves during a live rendition of Nick's summer smash, 'Jealous'.

The award-winning is currently preparing for his US tour which kicks off in Pennsylvania next month.