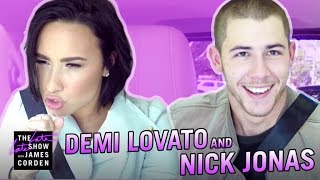 Nick and Demi sing some of their hits – and spill some secrets about each other with James Corden – and even do a spot of busking too!

We love Nick Jonas and Demi Lovato’s friendship, and the pair of them have joined James Corden on Carpool Karaoke – and revealed all of their darkest secrets!

As well as singing their biggest hits like ‘Stone Cold’, ‘Heart Attack’ and ‘Chains’, Demi dropped Nick in it about his womanising ways when he was younger, when he kept switching between dating Selena Gomez and Miley Cyrus!

Nick reveals when he finally ditched his famous purity ring… and reveals that he got tied up in chains during a performance once – saucy! 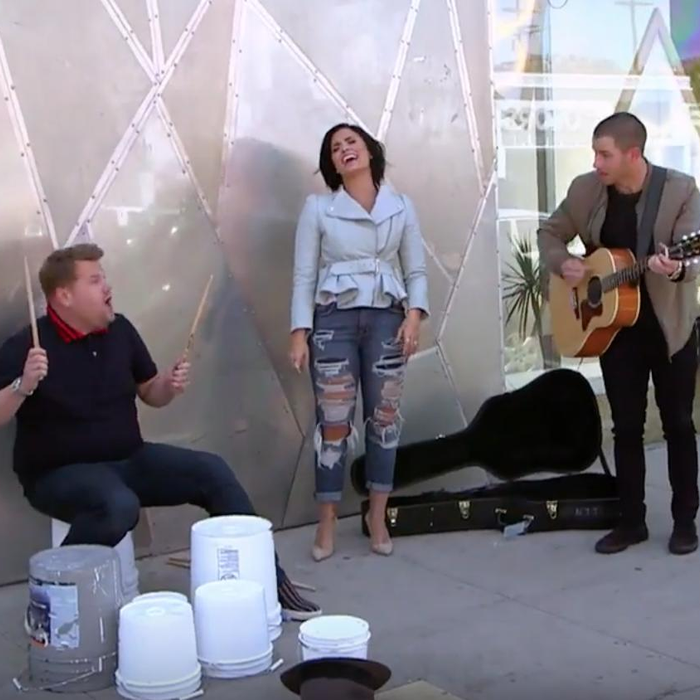 Demi and Nick also stopped off to do a spot of busking together – and pretty much brought Hollywood to a standstill with their improvised drum kit!

“Why’s It Inside Out?!” Demi Lovato Got A Cat & The Internet Is Freaked TF Out By It