The crowds in London’s Leicester Square were definitely in for a treat yesterday when the AMAZING Nick Jonas stopped by for an impromptu performance outside Capital.

The star performed his hit song ‘Jealous’ to the delight of the crowds that were waiting outside for him – and soon had everyone singing along with him. 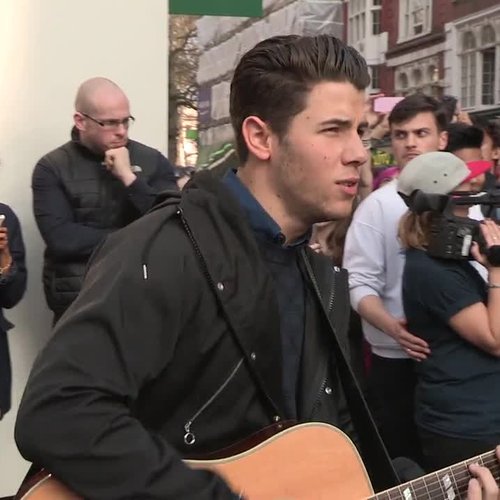 Sadly, for anyone that has seen THOSE Flaunt magazine photos, Nick was rather dressed up in a black coat as he serenaded the crowds of fans that had turned up to see him.

Check out another impromptu performance from Nick with Max on Capital, as the 'Jelous' singer covers Jessie J and more.