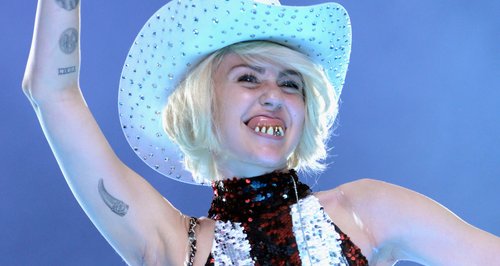 Miley Cyrus has responded to press rumours she wants to star in a live-action TV adaptation of Peter Pan by suggesting she would "rather choke" on her own tongue.

The 'We Can't Stop' singer was this week linked to the role of Tinkerbell in NBC's upcoming TV version of the popular children's tale, amid claims it would be her "dream role".

However Miley herself has now dismissed the rumours as pure tabloid speculation in a no-holds-barred tweet online.

"I would rather choke on my own tongue," Miley simply posted, alongside a link to the claims.

I would rather choke on my own tongue pic.twitter.com/fVUQTCwrb9