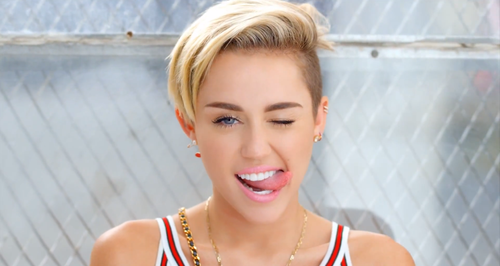 Miley Cyrus can be seen heading back to school as she dances around in a bathroom for Mike Will's '23' music video.

Mike takes over the school's intercom to play out the tune, with Miley sporting a revealing sports-themed outfit.

The US singer also becomes a school cheerleader and sits on top of a basketball hoop during the clip.

*Warning, this video features strong language which may cause offence*

This week has also seen the singer debut a director's cut for her 'Wrecking Ball' promo.