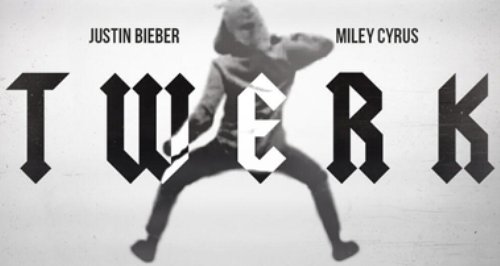 The track has been teased for the past few months and follows on from the recent 'Twerking' VMAs controversy.

The song has been teased for the past few months with the artwork for the track getting released back in July.

The song is expected to feature on the 20 year-old's new album and features Miley singing the hook of the track.

Justin also lends his vocals for the verse as he sings: "Hey pretty girl, tell me your name/ The way that you move, I'm happy you came."

Miley has long been affiliated with the twerking craze, with the word being added to the Oxford English dictionary this week.

Her controversial performance at the MTV Video Music Awards 2013 also featured plenty of twerking action, including up against Robin Thicke.