Miley Cyrus And Justin Bieber Defended By Kelly Osbourne: "Give The Kid A Break" 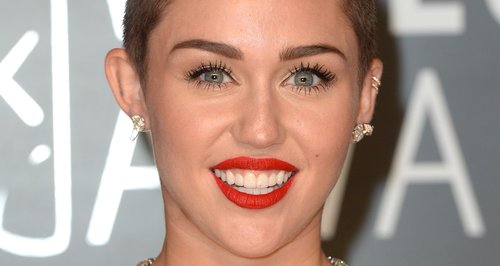 The television star says she is "so proud" of what Miley has accomplished the past year.

Kelly Osbourne has defended Miley Cyrus and Justin Bieber from their recent controversies and says he is "proud" of what 'Wrecking Ball' star Miley has accomplished.

The Fashion Police co-host made an emotional defence of the two pop stars this week, and said she particularly feels for 'Boyfriend' singer Justin and thinks people should "give the kid a break".

"It's not fair, every teenager deserves to make a mistake and to act out and to learn from them," Kelly told HuffPost Live this week. "And how can they learn from their mistakes if there's always somebody there to fixit for them and no one there really trying to help them.

"So in that situation, when it comes to Justin Bieber, I find it really unfair," she explained. "I think people need to give him a break. If you do something wrong, you pay, but give the kid a break."

Kelly then went on to speak about her close friendship with Miley Cyrus and the bad rap the 'We Can't Stop' singer often gets in the media.

"As for Miley, you can't paint them with the same brush, they're two completely different people," she added. "I'm proud of her because, whether you agree with what she's done or not, she's done this by her guns and she's not fake."