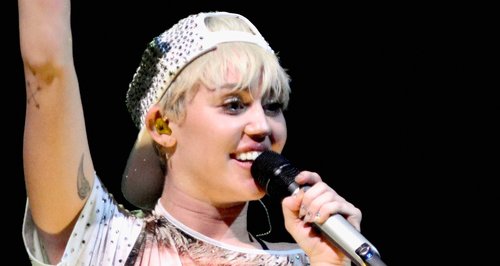 The 'Adore You' star is heard singing Paul McCartney's songs from the band's famous track.

Miley Cyrus and the Flaming Lips have recorded a brand new cover of a Beatles track, with a snippet being posted online this week.

Rock band frontman Wayne Coyne posted up a preview clip of the 'Wrecking Ball' star singing on their cover of 'A Day In The Life' this week.

"Woke up… fell out of bed… dragged a comb across my head. Yep!!!! @MileyCyrus singing the Paul McCartney bit on 'A Day In The Life'!!!! Yesss!!" Wayne posted alongside the clip. "Thanks @NewFumes Almost done mixing!! Gon beee rad!!! If ya love The Beatles and John Lennon you gonna love this!!!."

Earlier this year Miley performed live on stage alongside the Flaming Lips, and they are also believed to have recored a cover of 'Lucy In The Sky With Diamonds' together.

They have yet to announce when either of the covers will be released for fans to download.