Check out the AMAZINGLY cool video for Mark's new single - with a cameo from Mr. Bruno Mars!

Mark Ronson MAY have just outdone himself again, because his new music video for 'Feel Right' could well be EVEN slicker than 'Uptown Funk!'

While the star's retro-inspired video for his lead 'Uptown Special' single will ALWAYS be known for it's serious cool factor, 'Feel Right' may just have the drop on it when it comes to an AMAZING theme. 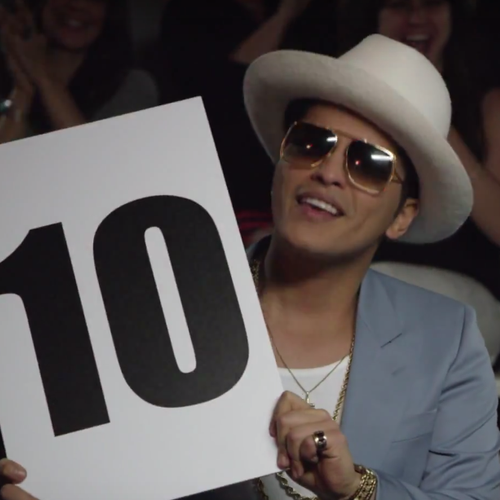 The video follows a talent show set-up as one incredible school boy performs the hit (taking on Mystikal's vocals in the process) - before the video's grand finale reveals Mark Ronson, Mystikal AND Bruno Mars as the show's guest judges!