The producer had a pretty extreme reaction to the stress of finishing up his huge chart-topper… but it was all worth it in the end!

It was one of the biggest hits of 2014/15 but creating ‘Uptown Funk’ took one hell of a toll on producer Mark Ronson – to the point he started to lose his hair and collapsed in a restaurant!

While his hit eventually racked up over 1.3billion views on Youtube and was one of the longest-reigning number ones with seven weeks at the number one spot on the Big Top 40, it originated from one small idea which evolved with months of work.

Mark told Event Magazine, “I had everything going on - hair loss, anxiety attacks, vomiting and finally collapsing in a restaurant.”

The song started from “literally seconds of inspiration” in Bruno Mars’ studio, and ended up going through 54 different incarnations in six months. 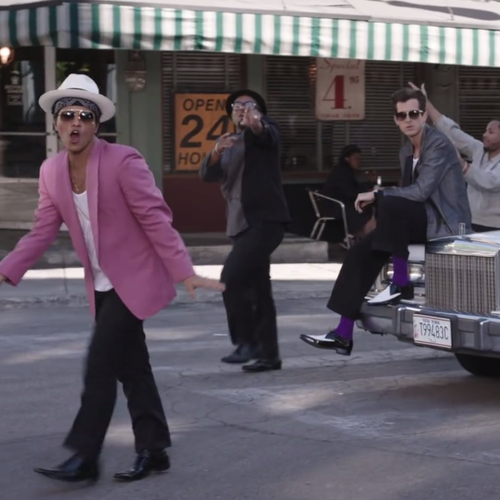 Mark revealed, “Jeff [Bhasker] suggested going to a restaurant and then he asked me if I was OK because I looked incredibly white in the face. I went to the toilets and just started vomiting, then I collapsed and had to be carried out of the restaurant. And then a couple of weeks later it [the guitar part] just came.”

And it was definitely worth the stress in the end – but look after yourself next time you’re creating a game-changing hit, hey Mark?!