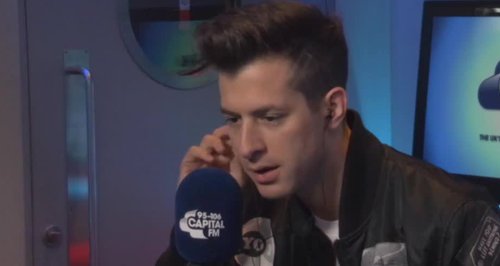 They may have created the most infectiously catchy tune of the year, but if they bag a BRIT Award it’ll just be Mark collecting it tonight.

We can’t remember a time before ‘Uptown Funk’ was playing on an endless loop in our brains and getting us up on the dancefloor, but Mark Ronson didn’t think he would be eligible for a BRIT Award this year as the song only came out so recently.

Mark told Dave Berry and Lisa Snowdon, “I think the whole way that this has happened, I didn’t think originally that we were going to be eligible just when the single is coming out so I don’t know, I try not to think about it.”

Mark also revealed that it’s unlikely that Bruno Mars will be making a surprise appearance if ‘Uptown Funk’ were to win a coveted BRIT Award tonight. Mark said, “I don’t think that he’s going to come unfortunately but he’s here in spirit.”