DJ's don't come much better than Mark Ronson, so Dave Berry and Lisa Snowdon get the Uptown Funk producer to judge their DJ efforts.

Making special mixes of each other, Dave and Lisa showcase their DJ abilities to Mark Ronson to judge.

After what apparently wasn't a very close battle according to Mark, qoute "if it was a close battle, I would go with you [Dave]" the producer explains to Dave after choosing Lisa's mix as the winning track out of two.

Questioned about how he'd feel judging on reality shows like the X Factor, Mark tells Dave and Lisa "it's too much pressure, I don't think I'd be able to do that". 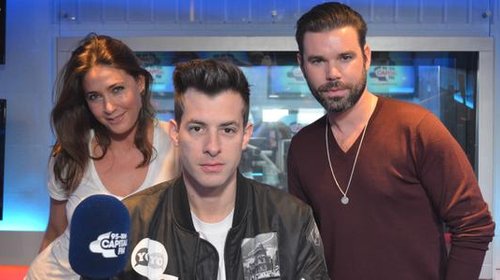 Make sure to tune in to Dave Berry and Lisa Snowdon on Capital Saturday from 6-9am.