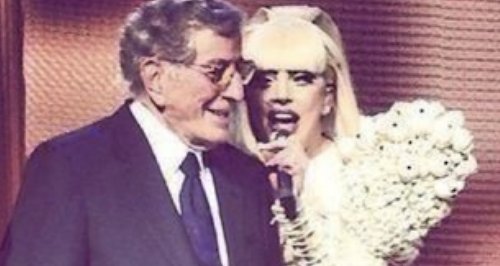 The 'G.U.Y.' singer is expected to launch the new record this coming Autumn.

Lady Gaga and Tony Bennett's highly anticipated team-up album is set to launch in September this year, according to the iconic jazz singer.

Legendary musician Tony says the album, titled 'Cheek To Cheek' will launch at the end of Summer after being delayed from its original expected release of March this year.

While attending Kevin Spacey's event for the Museum Of Moving Image this week, Tony teased when fans can expect to finally hear the record.

The pair last teamed up for a cover of 'The Lady Is A Tramp' on Tony Bennett's album 'Duets II' in 2011.