Taylor Kinney Denies Engagement To Lady Gaga: "It's News To Me"

The Chicago Fire actor speaks out about rumours of himself and the 'Marry The Night' singer tying the knot.

Taylor Kinney has denied rumours that himself and Lady Gaga are set to get married.

The actor told Extra that he was unaware of the reports that the pair had got engaged.

"It's news to me!" he told the show. "You probably know more about it than I do."

The couple have been dating ever since meeting on the set of the singer's 'You & I' music video.

The Hollywood hunk also joked that he would always be open to his girlfriend appearing on his TV series Chicago Fire.

"Yeah, we could do that. She'd have like fire breathing breasts," he said. 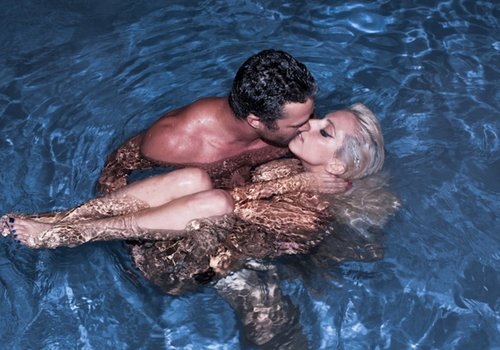 Meanwhile, Gaga is currently recovering after cancelling her 'Born This Way Ball' to have hip-surgery.

"She's great, she's doing well," revealed Taylor when asked about the progress of the singer.

The 'Bad Romance' singer is also currently working on her new studio album 'ARTPOP' – which is expected to be released later this year.