Super Bowl 2017 is shaping up to be seriously memorable!

Talk about making one hell of an epic comeback! Lady Gaga only recently entered the Vodafone Big Top 40 with her huge track 'Perfect Illusion' and now it has been revealed that Mother Monster herself is due to take the stage at the world's biggest sporting event.

The New Yorker is officially set to take the 51st annual American football championship by storm with a rip-roaring set.

And now, it's also been revealed that Taylor Swift will be performing a pre-Super Bowl show the night before the big game!

WATCH: Lady Gaga Didn't Just Sing Her New Song... SHE GARGLED IT FOR US?!

Lady Gaga recently posted this tweet to confirm the news...

It's not an illusion. The rumors are true. This year the SUPER BOWL goes GAGA! @nfl @FOXTV @pepsi #PERFECTILLUSION #GAGASUPERBOWL pic.twitter.com/qR4O57451G


The #Monsters have already started to go into complete meltdown over the news:

@ladygaga I don't know what to sayI'm so proud of Gaga

According to Billboard, sources had previously claimed that Lady Gaga was in talks for the 51st Super Bowl Halftime Show a few weeks ago, which will take place in Houston, Texas on 5th February 2017, after organisers were so impressed with her singing the national anthem at the 2016 event which was headlined by Coldplay with special guests in the form of Beyonce and Bruno Mars. 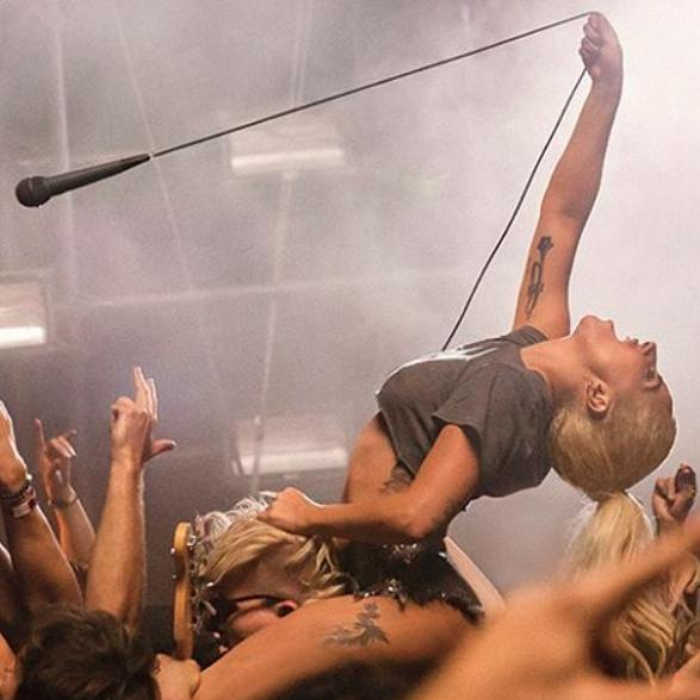 Taylor Swift will be performing in Houston the night before the Super Bowl in a custom built 64,000 square foot venue created in association with AT&T.

Upon announcing the show, Taylor sent this tweet showing an American Football jersey sporting her lucky number 13 alongside the caption, 'Thanks @ATT, this is gonna be fun'.

Thanks @ATT, this is gonna be fun pic.twitter.com/dS0qPTIutF

With Lady Gaga's album due out shortly and Taylor Swift rumoured to have new music on the way soon, we might be able to look forward to hearing some brand new tunes.

So we now know that Gaga and Taylor will have starring roles in this year's Super Bowl, with Lady Gaga being the huge star headlining the event, so we couldn't be more excited!

Considering how big the half time shows have been over the years, Lady Gaga certainly has a lot to live up to.

But if anyone can do it, we know it's Mother Monster.