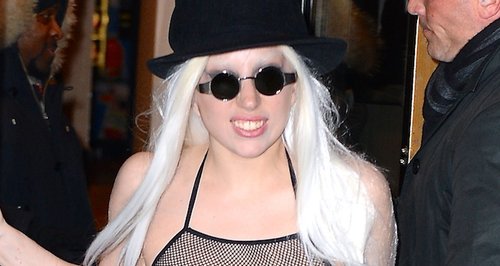 The 'Venus' star is facing mounting rumours of an incident with an exotic primate during the shoot.

Lady Gaga was reportedly bitten by a Slow Loris while filming her music video for rumoured new single 'G.U.Y'.

The 'You & I' singer was allegedly on set at California Castle for a three-day shoot for the video, when the incident happened with the adorable primate, a native of South-East Asia.

"The slow loris is the cutest creature on the planet and Lady Gaga wanted to use it in one scene but it nipped her," a source told New York Post's Page Six. "She just laughed about it, she was a good sport."

Twitter exploded with comments after news of the alleged biting broke, although Gaga herself has yet to confirm whether the incident was just hearsay.

Lady Gaga is believed to be prepping 'G.U.Y' as her next 'ARTPOP' single after 'Do What U Want'.

See a popular YouTube video of an exotic slow loris in action below: