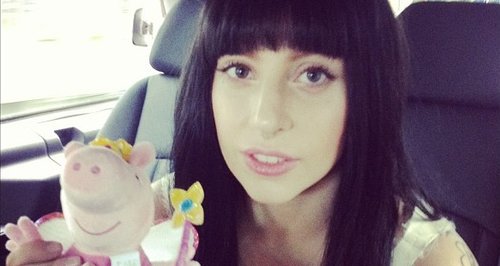 The 'ARTPOP' singer also thanks fans for giving her a "true memory' at iTunes Festival 2013.

Lady Gaga has thanked London for helping her debut new songs from her album 'ARTPOP' over the weekend, while also asking fans to choose which song will be her next single.

The 'Applause' singer took to Twitter this week to ask for advice about which song to release next, fresh from unveiling seven new tracks in full during her iTunes Festival 2013 set on Sunday (1st September).

"Thank you London for the hospitality, it was a true memory debuting my ARTPOP music in such a wonderful place," Gaga tweeted last night (3rd September). "Heading back to America! Looking forward to getting back to rehearsal, more performance of APPLAUSE coming your way soon!

"OK MONSTERS! Now that you've seen some of ARTPOP Live, what would be YOUR pick for 2nd single?" the US star later posted. "RT for MANiCURE, FAV for SEXDREAMS.

"Or are you an… RT for AURA, FAV for SWINE," Gaga soon added.

Earlier this week the 'Marry The Night' singer admitted that performing at iTunes Festival had reignited her desire to go back on tour, after having to cut her 'Born This Way Ball' tour short back in February due to her hip injury at the time.

Lady Gaga released 'Applause' as the first single from her album in August and drops new album 'ARTPOP' on 11th November.