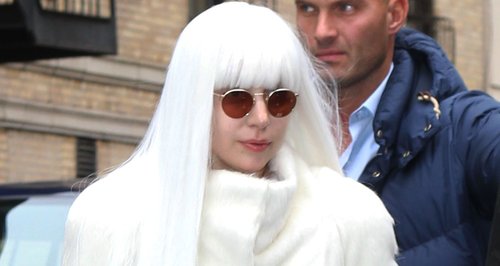 The US star reflects on six years as a tweeter with a Throwback Thursday picture of herself.

Lady Gaga has declared herself as the "original Twitter queen" while looking back on six years since she joined the social networking website.

The 'ARTPOP' singer has consistently ranked as one of the most followed users on Twitter since her rise to fame in 2009, with over 40 million followers.

Lady Gaga has now named herself a "queen" of Twitter, fresh from being nominated for the Queen Of Twitter category in the Capital Twitter Awards this week.

"I became a Twitter User exactly 6yrs ago," Lady Gaga posted last night (26th March). "Was one of the 1st! Luv to all my followers from the original Twitter queen."

I became a TwitterUser exactly 6yrs ago. Was one of the 1st! Luv to all my followers from the original Twitter queen. pic.twitter.com/m82YsUcWYU

The US star unveiled her music video for new single 'G.U.Y.' last weekend, which features in at 12 minutes in length.

> VOTING NOW OPEN: Make sure you cast YOUR vote in the Capital Twitter Awards 2014.

Lady Gaga is set to kick off her 'artRave: The ARTPOP Ball' tour later this year.