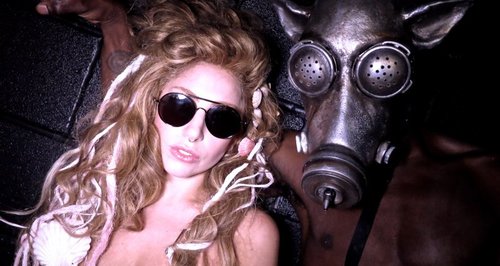 The 'Applause' star shares her preparations for the upcoming show with her fans.

Lady Gaga has posted footage of her rehearsals for the upcoming iTunes Festival 2013.

The 'Bad Romance' star can be heard performing new track 'Swine' as she prepares for the show – she's billing as 'SwineFest'.

The star took to Twitter yesterday (28th August) to offer an array of instructions to her fans for the show, including attire suggestions.

The show will be the singer's first full set since her hip surgery earlier in the year and will promote forthcoming new album 'ARTPOP'.

Check out footage from rehearsals for Lady Gaga's iTunes Festival 2013 performance below:

The star has been also spotted around the capital over the past few days at a variety of locations – including a fish n chip shop in Marylebone.

The iTunes Festival takes place during the whole month of September with the likes of Katy Perry, Justin Timberlake and Jessie J also performing.

Lady Gaga opens the event on 1st September at the Roundhouse in Camden.