The 'Marry The Night' singer will unveil her eagerly awaited third record in November and next single in August.

Lady Gaga has announced the release date of her new album 'ARTPOP' as well as the relase of the first single from the record.

The new single will be released on 19th August with the album following on 11th November.

Fans can pre-order the album from 1st September and she also gave further details of the App – which will be accompanying the record. 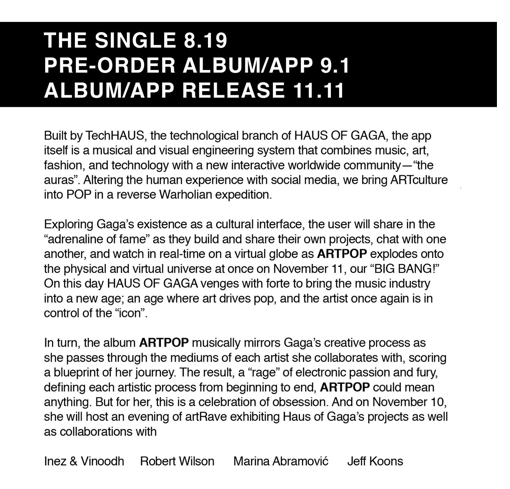 It's described as a "musical engineering system that combines music, art, fashion and technology with a new interactive worldwide community".

The singer will also be teaming up with artists Robert Wilson, Jeff Koons, Marina Abramovic as well as Inez & Vinoodh for a special artRave exhibition evening.