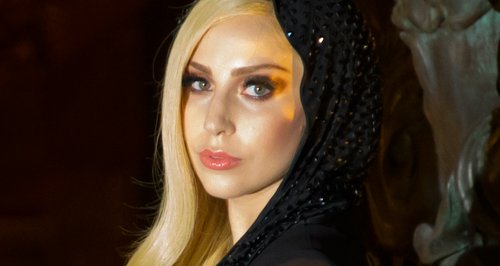 The 'Aura' singer's fans say they can't wait to finally see a new video from the US star.

Lady Gaga has teased plans to shoot a brand new music video out in New York City very soon, as fans patiently await the next official video from 'ARTPOP'.

The 'Applause' singer had been expected to drop the video for 'Do What U Want' before Christmas, but various delays and internal issues have meant the video is yet to surface.

However this week Lady Gaga finally confirmed plans to record a new video very soon, while out at Paris Fashion Week for the fashion extravaganza.

"That's a bit of a secret," Lady Gaga teased to WWD, when asked whether she will be shooting a new video soon.

"But I'll be shooting a video soon yes," she added. "I'm always working on something."

Fans have been tweeting their enthusiasm for the new music video for sometime, as well as joking about how long the 'Aura' singer has made them wait for a new slice of visuals from her latest album 'ARTPOP'.

What video do you think Lady Gaga is shooting?? Venus? I sure hope so

I feel like Blue Ivy is gonna come out with a music video before Lady Gaga does.

Lady Gaga is set to kick off her 'artRave: The ARTPOP Ball' world in April.