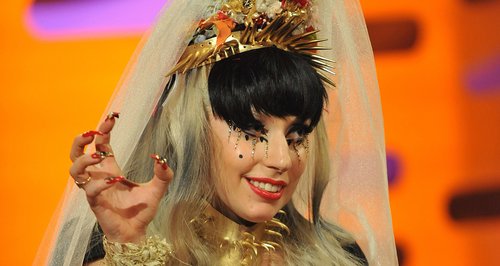 Lady Gaga has been named as the most feared celebrity by trick or treaters in a new poll conducted by face paint specialists Snazaroo.

The team asked 1,000 children between the ages of seven and 14 in the run-up to Halloween this year.

Marketing manager at Snazaroo, Florence Wong said of the results: "From this list it's clear that kids really do absorb the personas which are projected by celebrities, so it's no surprise that Lady Gaga and Simon Cowell topped the list."

Other names featured in the top ten included Miley Cyrus and Nicki Minaj.

The top ten list of most feared celebrities is as follows:

Meanwhile, Lady Gaga has been seen out and about in London this week as she continued to promote new album 'ARTPOP'.

Last weekend, she performed 'Venus' and 'Do What U Want' on The X Factor and has recently unveiled a snippet of new song 'Mary Jane Holland'.