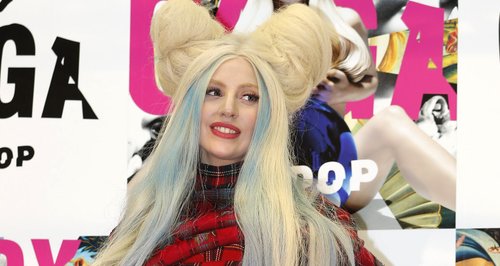 The likes of Lady Gaga and Lawson have been tweeting their excitement for the final night of this year's event.

The Capital FM Jingle Bell Ball 2013 night two line-up have all been tweeting their excitement all day ahead of tonight's (8th December) big finale of the event.

The likes of Lady Gaga, Rudimental, Elyar Fox and Lawson have all been sharing their excitement about performing at London's O2 Arena later this evening.

The final night of this year's Jingle Bell Ball 2013 will be opened by Jessie J with a performance also set to come later on from 'Applause' singer Lady Gaga.

I am SO EXCITED to perform at @CapitalOfficial Jingle Bell Ball. I haven't performed in an Arena since my injury. ITS HAPPENING IM BACK

The line-up will also feature sets from groups like Little Mix and 'Feel The Love' four-piece Rudimental.

It's gonna go off at the O2 tonight with our girl @ThisIsElla! Whos coming down to the #CapitalJBB?? RT

Lawson will also be returning to the stage for the Jingle Bell Ball this year, alongside acts like Jason Derulo, John Newman, The Vamps and Dizzee Rascal.

Craziest show last night.... Can't wait to DO IT ALL OVER AGAIN today! #CapitalJBB

En route to the 02 arena for the Jingle Bell ball!!! It's chriiiiiiiiiistmaaaaaaas!!!

Today's the day!! #CapitalJBB @CapitalOfficial who's coming down?!

Jingling all the way to the #CapitalJBB this evening! Can’t wait to see the other acts playing!