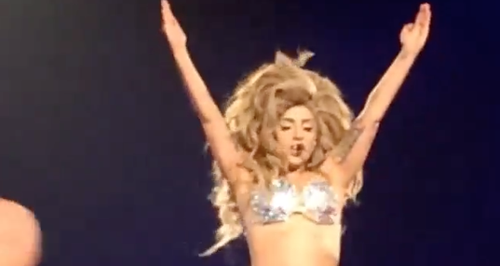 Lady Gaga is definitely a serious performer, and we are sure she has seen a thing or two in the crowd in her time. Nothing can put this lady off her stride…

Lady Gaga was performing her show in Los Angeles this week when one of her fans came armed with a large inflatable…. You know the rest.

As the air-filled appendage made its way closer to the stage, Gaga karate chopped it out of the way – without batting an eyelid – during her performance of ‘Venus’.

While this in itself is PRETTY hilarious, the Instagram edits that followed MADE OUR LIVES. Especially as ‘Venus’ sounds a lot like….

The moral of the story? Don't waggle your 'Venus' at Lady Gaga - she's got killer aim!