Lady Gaga To Lose Millions After Cancelling 'Born This Way Ball' Tour Due To Hip Injury?

The 'Bad Romance' was forced to pull out of all remaining live dates on the jaunt to have surgery.

Lady Gaga could lose millions after she was forced to cancel the remaining dates on her 'Born This Way Ball' world tour this week.

The 'Marry The Night' singer delivered the news to her fans in several emotional posts on her Twitter account – revealing that she had kept her injury quiet from those in her team for a long time.

"Gaga's insurers will be going through her policy with a fine-toothed comb," a source explained to The Sun. "They could argue her injury was her own fault for working too hard and scheduling too many dates – so she may be the one who ends up footing the bill."

The 'Telephone' singer admitted she fought threw the pain barrier as she didn't want to let her fans down.

"I hid it from my staff, I didn't want to disappoint my amazing fans," the star explained. "However after last night's performance I could not walk and still can't." 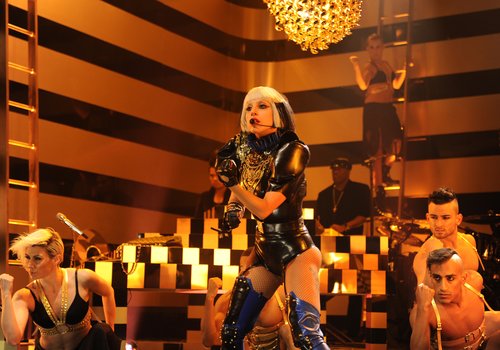 Refunds have been offered to fans who were due to attend any of the remaining shows across North America.

Meanwhile, the 'You & I' singer has been teasing details from her forthcoming album 'ARTPOP' for the past year and recently told fans to expect the record to be released in autumn.